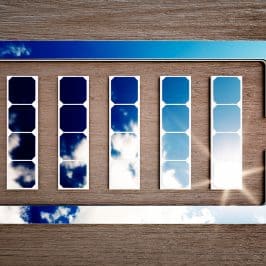 The South Australia Liberal government has outlined details of its anticipated Home Battery Storage Subsidy, that will offer $100 million in state government subsidies for up to 40,000 households to install battery storage in their homes.

Individual battery storage rebates of up to $6,000 will be granted to help with the purchase of the batteries, a graded subsidy level will add more support to low-income households.

The need is particularly acute in South Australia, which has solar systems on more than 230,000 rooftops, and which in the next few years may be producing more rooftop solar than the overall demand in the state. The Australian Energy Market Operator says this may create challenges and having more battery storage will help manage that situation.

The South Australian government made its Home Battery Storage Subsidy available from October 2018. The subsidy does vary depending on the size of the battery purchased, but it is capped at a maximum of $6000. Furthermore, it is graded in support, so energy concession holders (pensioners, veterans, low-income households) in the state get a subsidy of $600/kWh, while other households get a subsidy of around $500/kWh.

The government says the solar battery storage scheme will reduce demand on the network, particularly at peak times, and so help lower prices for all consumers in the state.

Pellekaan said the subsidy levels and the subsidy cap are expected to reduce over time as competition in the market increases and the cost of home battery systems goes down.

“While households will be able to choose whether or not their home battery system operates as part of a virtual power plant, the ability to aggregate household solar and batteries – either now or at a future point in time – creates opportunities to address network issues and smooth loads by balancing out peak power demands,” the statement says.

Battery storage providers will be required to qualify as a “system provider” and will need to go through the government’s dedicated website. Only those with batteries capable of being recruited into a VPP need apply.

“As part of the qualification process, installers and suppliers of home battery storage systems will be required to specify the extent to which their products and services contribute to the South Australian economy,” the government statement says.

“Priority will be given to System Providers that commit to installing approved battery systems that are manufactured or assembled in South Australia.

“Qualified System Providers that commit to selling locally manufactured or assembled battery systems will be afforded a nine-week exclusivity period when the Scheme launches in October 2018.”